When you talk about credit cards, two names come readily to mind – VISA and MasterCard. They are also the most common sight on online casino payment pages. But when it comes to entertainment, leisure, and travel, another card offers a lot more – Diners Club International.

It is a real pity that Diners Club is not frequently found in online casinos. The card has some of the finest rewards systems in place in the entire industry. It is a favored card for corporate and international travelers.

If you are a Diners Club member looking for a compatible South African online casino, you have come to the right place. We will tell you everything you need to know – starting with where to find the best Diners Club International casinos in South Africa – do check our list below for the best online casinos.

Beyond that, this guide will tell you everything you need to know about Diners Club and online casinos – read on to find answers to all your questions about this amazing card and its potential at online casinos. 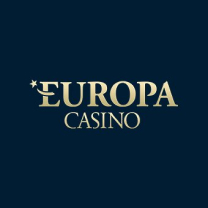 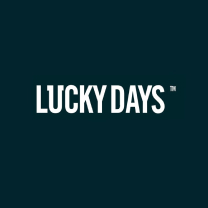 Diners Club is a unique card with an interesting origin story – it all began in a restaurant, as the name suggests. In 1949, Frank McNamara forgot to take his wallet when he visited a New York restaurant. He got the idea of an all-purpose charge card as a great way to avoid similar embarrassing situations in the future.

And thus, the Diners Club card was born – McNamara launched the card after holding discussions with restaurant owners, his lawyer, and other business partners. Initially, the card only worked at hotels and restaurants – but soon, this was expanded to include other shops and businesses.

By the 1960s, Diners Club had over one million card users. The company was bought by Citigroup in 1981. In 2008, Discover Financial Services acquired Diners Club Internation from Citibank.

As of 2021, Diners Club International primarily operates as a travel and entertainment rewards card. It is often linked with corporate and business accounts – the cards are given to employees of partner companies. Diners Club is also an active partner with banks in numerous countries. In South Africa, Standard Bank is the franchise partner.

With a heavy focus on travel and leisure, Diners Club cards reward users who are frequent flyers who use hotels a lot. Business travelers are the most likely to benefit from this card. It also works at many premium entertainment venues, including casino resorts.

While hundreds of thousands of shops, restaurants, airlines, and other entertainment businesses support Diners Club, the online casino scenario is a lot less promising. For one, it is dominated by VISA and MasterCard, which are available at most online casinos.

Further, Diners Club often works via corporate cards – which are ill-suited for personal online casino sessions. So, the vast majority of online casinos in the market do not provide support for Diners Club International.

Another major caveat with Diners Club cards is that like MasterCard, most of the casinos cannot process withdrawals. So you can only use these cards for deposits. For making withdrawals, the casino will ask you to provide an alternative source like a bank account.

Finding a Diners Club Casino is the hard part! Using the card itself is relatively simple – the process is the same as any other major credit card – they all use the same secure industry-standard electronic payment system.

As long as you have the card with you, making a payment is a simple process. Always check your credit balance for the month before making any purchase – maxing out a credit card balance is a bad idea! Other than that, there is nothing else to worry about – just provide the card details when prompted to authorize your transaction.

Standard Bank is the official partner of Diners Club International in South Africa. The main available option is a Diners Club Platinum Card. If you have an annual income of R500,000 and travel regularly across the world, this is a fantastic card option for your needs.

You can apply for a Diners Club Card by visiting the Standard Bank brand or online site. If you are a South African citizen, you also need a National ID – foreign citizens can apply with their passports. Proof of residence and income tax receipts are also mandatory for applying.

Diners Club Platinum is an exclusive credit card with a huge range of benefits at airport lounges, hotels, casinos, and other entertainment venues. If you are a luxurious spender, this card may be the best choice for you!

You can make a Diners Club casino deposit in a matter of minutes. Use either a PC or mobile and follow these simple steps:

You will soon receive an acknowledgment of the payment from your card processor. The funds will be instantly transferred to your casino account. You can now start playing real money slots and other exciting casino games.

It is virtually impossible to find online casinos that support Diners Club withdrawals. The card is in the same group as AMEX and MasterCard in this regard – most casinos avoid using it for withdrawals due to high fees or other technical reasons.

However, you can continue using Diners Club for your casino deposits. You will be given the option to select alternative payment methods for withdrawals – the casino will provide a list of available options.

Diners Club is a fantastic card for international travelers and frequent flyers. But from an online casino gaming perspective, it does have a fair few shortcomings. Here are the major pros and cons of this credit card for online casinos:

There is no doubt that Diners Club International is a solid credit card, especially for high net worth individuals. If you like spending big at casinos – both online and offline, this is definitely a card for you. However, if you like playing at many online casinos large and small, this is NOT the card for you. Pick alternatives like VISA or MasterCard for better coverage. You can also go for e-wallets like Skrill/Neteller or cryptocurrencies if you want additional privacy.

Can I use Diners Club International at online casinos?

Only a minority of big branded casinos in highly regulated markets offer support for Diners Club cards. US, UK, and Malta-licensed online casinos are likely to provide this feature to customers in select markets.

South African casinos that provide this feature are quite rare indeed. If you can find one, then, by all means, Diners Club is a decent choice for deposits. You cannot withdraw casino winnings using a Diners Club Card however – you will have to use other methods like online bank transfer for that.

Why are there only a few Diners Club online casinos?

Probably a combination of factors is responsible for this. High transaction fees are a good reason for many smaller casinos to avoid Diners Club. Legal restrictions and strict rules from Diners Club are another reason in unregulated markets like South Africa. Further, many Diners Club customers get their cards from their employers (corporate cards) – they are less likely to be used for gambling, for obvious reasons. Yet another huge reason why online casinos prefer VISA/MasterCard over Diners Club.

They offer the same speed as other cards like VISA. Meaning, if you make a Diners Club deposit, it will be instantly transferred to your casino account.

Do I have to pay extra charges on Diners Club transactions?

Casinos do not charge for deposits from credit cards. But you may have to pay transaction and billing charges to Diners Club whenever you use the card for online payments. The fees may vary depending on your country and type of Diners Club card.